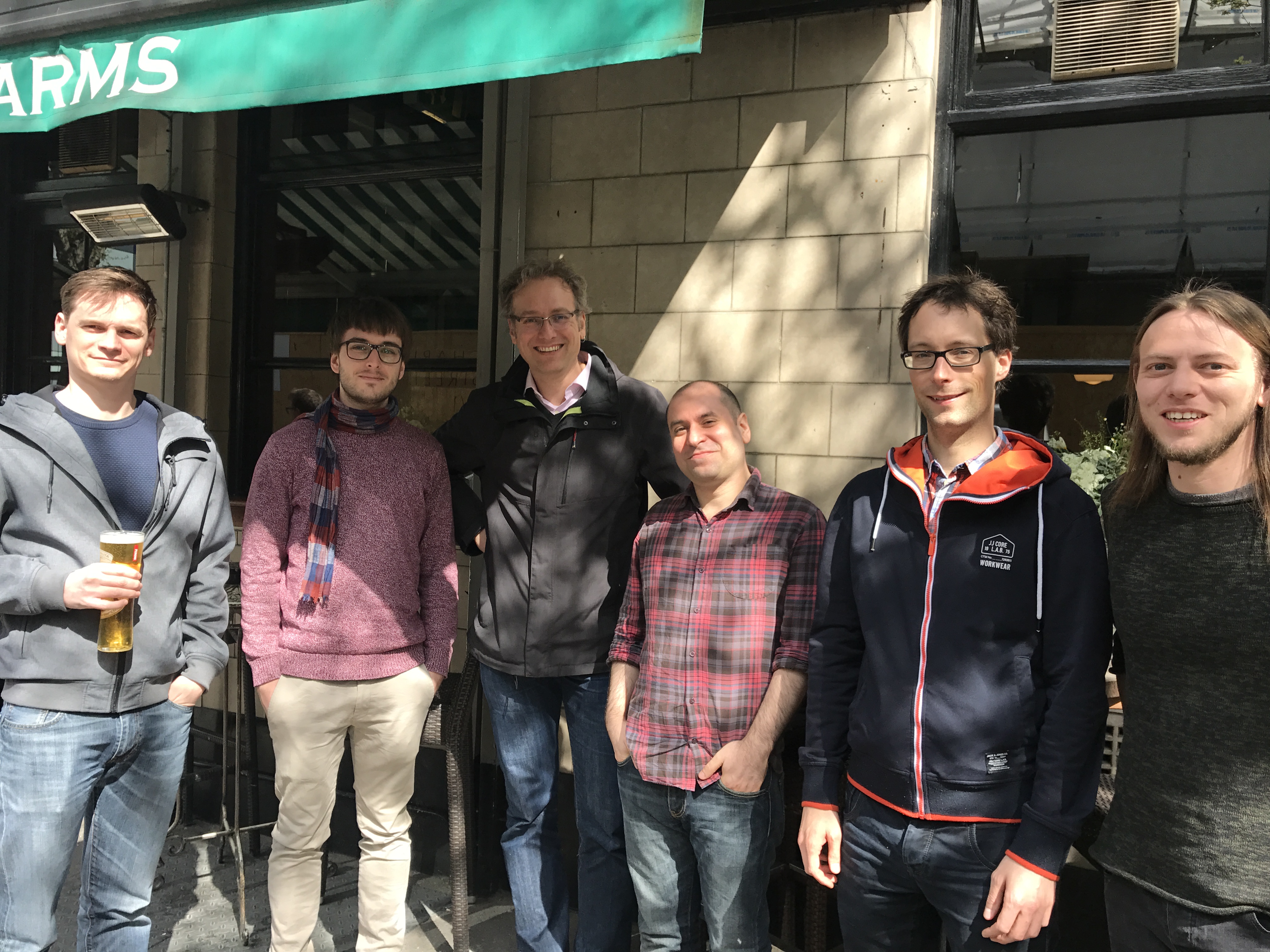 After being with Tim Weyrich’s group for almost a year and a half yesterday we had our final group lunch and a cheeky beer. It has been great working with everyone at UCL, not just in the immediate group and in that vain more shenanigans to come.